Easy Strategies to Help You Succeed in 2023

Billionaire Gary Michelson is on the Positive Phil Show

Gary Michelson is on the show….

Dr. Gary Michelson is a board certified orthopedic spinal surgeon, inventor of more than 990 patents throughout the world, the founder and funder of three private foundations, recipient of numerous awards, and among a small group of individuals to ever be inducted into both the National Inventors Hall of Fame and the National Academy of Inventors.

Dr. Gary Michelson is a board-certified orthopedic spinal surgeon and a Diplomat of the American Academy of Orthopedic Surgeons, as well as an inventor, entrepreneur, philanthropist and humane advocate. As a child, Dr. Michelson was always coloring outside the lines, infinitely curious about how things worked, and uncommonly sensitive to the needs of others. Raised by his mother and grandmother in Philadelphia, he was exposed to spinal disorders at a young age—his grandmother suffered from Syringomyelia, a debilitating spinal deformity. The disruption of the nervous system caused by this disease allowed his grandmother’s hand, resting on a hot stove, to catch fire without her noticing. Witnessing this was a pivotal event in Dr. Michelson’s young life, where he began formulating a plan to help people afflicted with similar infirmities.

Despite his modest upbringing, Dr. Michelson worked his way through Temple University and medical school at Drexel University, and following a successful surgical fellowship at St. Luke’s Medical Center in Houston, entered private practice in California as an orthopedic surgeon specializing in spinal surgery. Over the next 25 years, he became world-renowned as a surgical innovator and the most prolific inventor in medical history, with over 990 patents worldwide issued to date.

In the field of spinal surgery, where outcomes were unpredictable and recovery could be long and painful, Dr. Michelson’s revolutionary advancements in procedures, instruments and implants consistently led to better patient outcomes, and significantly reduced post-surgical pain, blood loss, complications and recovery time. The surgical techniques and materials developed by Dr. Michelson remain the industry standard around the world.

In 2005, after selling his patents to Medtronic, the world’s largest medical device company, those proceeds, together with the resolution of related intellectual property litigation, earned Dr. Michelson a place on the Forbes 400 as a self-made billionaire. The litigation, which established new precedents in the field of patent law, later became a stimulus for Dr. Michelson to create a comprehensive textbook on the subject (The Intangible Advantage: Understanding Intellectual Property in the New Economy), which he released digitally free of charge. Later, he developed an undergraduate college course, The Entrepreneur’s Guide to Intellectual Property, which has been adopted by many colleges and universities throughout the country.

This inspired Dr. Michelson to create the Michelson 20MM Foundation (formerly, Twenty Million Minds Foundation), funding the dissemination of free, peer-reviewed, openly-licensed digital textbooks for essential college general education courses. These textbooks, now in use in half of all U.S. colleges and universities, and more than 70 countries, have already saved students hundreds of millions of dollars. Among its related initiatives, 20MM also provides digital textbooks for the remedial education of individuals serving time in prison.

After retiring from private practice, Dr. Michelson’s passion pivoted exclusively to philanthropy, advancing his philosophy that sharing knowledge and supporting the research of others can change the world. That same year, he made an introductory donation of $100 million to his private Michelson Medical Research Foundation (which does not accept outside donations). Among the Foundation’s other activities, the Michelson Neglected Disease Vaccine Initiative supports research for obscure and lesser-known diseases that are deemed too esoteric for conventional funding, but nonetheless affect billions of people, particularly in poorer countries throughout the world.

As a medical student, Dr. Michelson was nearly expelled over his objection to removing healthy organs from living dogs in a surgical lab. His lifelong passion for animals led to a new philanthropic endeavor, the Found Animals Foundation. This Los Angeles-based animal welfare organization provides grants for the rescue and placement of shelter animals, operates adopt-and-shop centers for homeless pets, provides free microchips, subsidizes stationary and mobile low and no-cost spay/neuter clinics, and funds the $25 million Michelson Grant for the development of non-surgical sterilization for cats and dogs. Through its various programs and services, Found Animals Foundation has assisted over 1.5 million companion animals over the past 14 years.

In 2014, Dr. Michelson and his wife Alya personally gifted $50 million to the University of Southern California to fund the creation of the USC Michelson Center for Convergent Bioscience, bringing together the best and brightest of scientists, researchers and engineers from around the world to work collaboratively on solutions to the most pressing public health issues of our time. This unique interdisciplinary research site aspires to become a model for other prominent research universities, bringing the world closer to the medical breakthroughs that will define the 21st century.

This is incredibly advantageous if you have your own podcast to promote, since the audience is already listening to podcasts, meaning they’re much more likely to subscribe to your own podcast.

Among his many awards, citations and accomplishments, Dr. Michelson is one of a handful of individuals to ever be inducted into both the National Inventors Hall of Fame and the National Academy of Inventors. In 2006, he was recognized as the world’s leading scientist of spinal research by the Paralyzed Veterans of America. Among a group of prominent inventors who supported the America Invents Act of 2011, Dr. Michelson was invited to the White House by President Obama to witness the signing of that historic legislation. In 2015, he was awarded both the Albert B. Sabin Humanitarian Award for his contributions toward neglected disease vaccine research, and the Distinguished Achievement Award from B’nai B’rith International for his leadership, philanthropy and humanitarian endeavors. He also received the honorary degree of Doctor of Humane Letters (alongside Will Ferrel and Dame Helen Mirren), at USC’s 134th Commencement Ceremony for the Class of 2017.

Dr. Michelson lives in California with his wife Alya, their three children, and their two rescued dogs. They are active members of the Giving Pledge, a campaign founded by Bill Gates and Warren Buffet, that encourages the wealthiest individuals and couples to contribute the majority of their fortune to philanthropic causes.

Jigar Shah is on the Positive Phil Podcast

Empowering Companies and Individuals to get Better Results 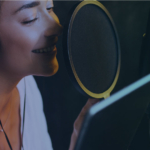 Easy Strategies to Help You Succeed in 2023
Positive Phil Podcast